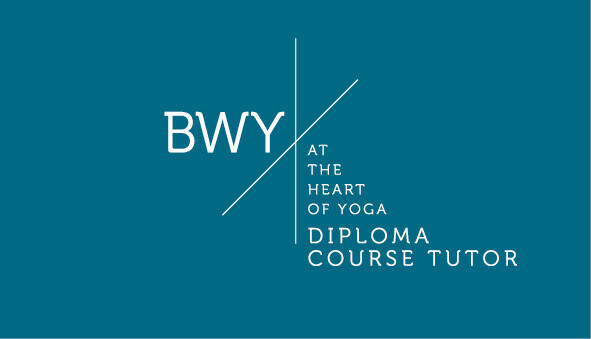 TEACH WHAT YOU LOVE

The British Wheel Of Yoga Q Diploma in Teaching Yoga (RQF) is a Level 4 -500-hour training course designed to equip you to teach your own yoga classes with confidence. With the course comes the support and backing of the UK's largest professional body of yoga to guide you on this exciting journey.
The course is not only verified by the BWY but by OFQUAL (The Office of Qualifications and Examinations Regulation) Who regulate academic qualifications from GCSE's to University degrees within the UK.
Please click link below to go to BWYQ site for details on qualification specifications

The Diploma qualification is gained by successful completion of formative and summative units of learning, at level 4 within the RQF (Regulated Qualification Framework)

During the Diploma course you will also be taught about the History and philosophies that underpin yoga, you will study the classic yoga texts and learn to teach prāṇāyāma, and meditation.

The Diploma course will run for 25 in person days 9.00am-6.00pm Once, sometimes twice a month (Sundays) and 6 remote learning days via Zoom. You will also be offered 2 1:1 mentoring sessions via zoom.
It will commence Early spring 2022. (dates to be confirmed). Interviews will be via zoom in December 2021 followed by an introduction Day in January 2022. Successful candidates will then be offered a place on the course. The course will be held in Esher Surrey.
British Wheel of Yoga level 4 teaching courses are registered with RQF and Ofqual, giving you not only a yoga teaching qualification, but also giving you a nationally recognised level 4 qualification too.
As well as course days you will be expected to complete home study assignments, attend your regular classes and complete teaching practices.

Please note, it is pre-supposed candidates will already have been practicing yoga for several years, and have some knowledge of the practices within the syllabus. The BWY course is a Level 4 course (Regulated Qualification Framework), and as such candidates will need to consider if they can meet the entry requirements stated in the application documents.
Course Dates to follow.
For costs, overview of syllabus and application process please email Clare at clare.harmonyoga@gmail.com from July 2021.

TUTORS ON THE COURSE INCLUDE:

Lexi Williamson
Lexi is a Surrey-based British Wheel of Yoga and Yoga Sports Science ® qualified instructor, and has been teaching since 2006.
Lexi offers athletes practical, functional techniques to improve flexibility, core strength, mental focus and resistance to injury. Alongside teaching, Lexi writes books (Yoga for Runners and Yoga for Cyclists) and works as a freelance writer. Lexi is continuing her studies of Sports Science at Manchester Metropolitan University.

Lexi will be running sessions on anatomy and kinesiology on the course.

ASSOCIATE TUTORS for our 2020 course
The Tutors below will be have run sessions on our previous courses bringing their vast range of knowledge and experience, Harmoyoga is enormously grateful to these fantastic professionals who have dedicated many years to yoga study and research.

Gill lloyd
Gill has been teaching yoga since 1974 and served on the BWY Executive and Education Committees. she was a DCT for over 10 years. Gill has studied Yoga in India at the Krishnamacharya Yoga Mandiram and Vedavani Chanting Institute for many years, and was a direct student of TKV Desikachar. Gill was Director of Viniyoga Britain from 1998 until 2002 and a teacher trainer for The Krishnamacharya Healing and Yoga Foundation. She leads seminars and In Service training events in the UK and abroad and offers one-to one tuition at her home in Sussex. We are thrilled that Gill is going to be running some philosophy sessions on our BWY Course.

Sue Delf
Sue is a BWY teacher who has been a faculty member on the Yoga Academy Teacher Training course for many years. Sue will be teaching yoga for pregnancy on our course

Dr Jason Birch
Jason Birch completed a Doctorate of Philosophy in Oriental Studies (Sanskrit) at Oxford University under the supervision of Professor Alexis Sanderson (2013). He has been dedicated to the study of Sanskrit and the practice of yoga since 1996. As a scholar of yoga, his special interest is in the medieval yoga traditions of India, particularly those known as Haṭha and the Rājayoga.
From September 2015, Jason has undertaken a post-doctoral research position at SOAS of London University working with James Mallinson (the principal investigator) and Mark Singleton on a 5 year research project funded by the European Research Council. This project aims to critically edit and translate ten Haṭhayoga texts and reappraise the history of Haṭhayoga in light of these unpublished texts.
Jason has been invited to lecture about the history, theory and practice of Yoga on various Master of Arts programmes and Yoga Teacher Training courses in London, Los Angeles, Sydney, Singapore, Japan and Bali.

Jacqueline Hargreaves,
BE (Hons), E-RYT, has a special interest in Indian Yoga traditions and Japanese Zen. Jacqueline researches the contemporary meeting place between historical practices and their application in a modern (mainly therapeutic) environment. She has travelled throughout India for fieldwork and studied meditation intensively for a year in a remote part of Japan. Her teaching combines the physical practices of haṭhayoga with the application of mindfulness-based meditation (MBCT and MBSR). Jacqueline enjoys working specifically to assist those with chronic health issues, stress, anxiety and depression.
She is a founding member of the Journal of Yoga Studies, an open-access academic journal and The Luminescent, an independent, high-quality, evidence-based research hub for the history and practice of Yoga. In collaboration with the Haṭha Yoga Project (SOAS University of London), Jacqueline has produced a documentary film, which brings to life the eighteenth-century yoga of the Haṭhābhyāsapaddhati. In collaboration with the AyurYog Project (University of Vienna), Jacqueline is constructing a web-based visual and textual timeline for premodern Ayurveda and Yoga.