Clare has been teaching yoga since 2000 having originally trained with the British Wheel of yoga and subsequently enhanced her knowledge by training with the Khyf (Krishnamacharya healing yoga foundation) now the TSYP (The Society of Yoga practitioners) Clare is also a Senior Yoga Teacher with Yoga Alliance.
Clare holds classes in Classic Haṭha yoga, Dynamic Yoga, Gentle Yoga, and Ante Natal Yoga, she also teaches restorative yoga and is a registered yoga therapist with the CNHC (Complementary Natural Health Council).
Clare always considers the individual needs of each student, frequently teaching on a one to one basis, as well as mentoring teacher trainees.
Clare has been practicing yoga for many years and has spent time exploring some of the different schools, including Ashtanga and Iyengar, although her Primary influence comes from the teachings of Sri Krishnamacharya and his son TKV Desikachar.
Clare continues her studies by attending workshops and seminars in the UK and India run by the Krishnamacharya yoga Mandiram, TSYP and BWY. She is also currently taking an MA in The History and Traditions of Yoga and Meditation at SOAS ( School of Oriental and African studies -university of London).

*Clare is A British wheel Of Yoga Diploma Course Tutor and runs BWY Certificate and Diploma courses (Harmonyoga's next TT course will begin in March 2022. Clare is also a BWY Foundation Course tutor will be running her 7th Foundation Course with colleague Rebecca Whitford later in the year. 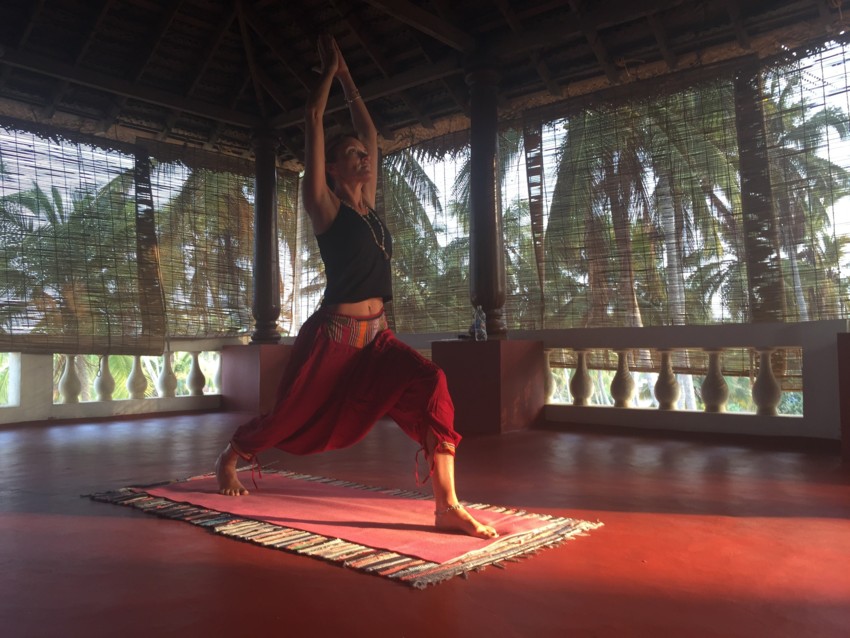 Clare has attended many other courses, workshops and training events, far too many in number to mention here. Yoga is a lifelong journey, there is always more to learn.

Svādhayāya (one of the three aspects of Kriyā yoga and the 4th of Patañjali's Niyama), indicates that yogic philosophy recognises the value of studying. The ancient yogis were scientists: they inquired into themselves and their experiences of the universe with tremendous depth. An essential part of yoga practice is the concept of Svādhyãya: not only the study of texts of the past, but the study of the Self.

According to TKV Desikachar, the word is composed of Svā, meaning "self" or "belonging to me," and Adhyāya, meaning "inquiry" or "examination." Quite literally, Adhyāya refers to "getting close to something." Thus, the practice of_ Svādhyāya_ allows us to become closer to our true self through study and inquiry.